My acting career has provided so many wonderful ways to connect to and share what makes us human. I love creating in a variety of forms and sharing stories in so many formats!

I have enjoyed working in film and television over the years, appearing in various series such as THE MAN FROM THE HIGH CASTLE, RIVERDALE, TRAVELERS, FAIRLY LEGAL, HICCUPS, THE 4400, STARGATE and BEGGARS AND CHOOSERS, several commercials, as well as some anime and cartoon voice work.

A graduate of the Studio 58, my early theatre career highlights included several tours in  vans of British Columbia and the United States with Green Thumb Theatre for Young People in various shows including GUILTY SECRETS, SEE SAW and NEW CANADIAN KID,  BACH TO THE FUTURE with Platypus Theatre ( a children’s show  performed with the Vancouver and Toronto Symphonies), writing and performing PEANUTS  (my one person show) for the Women in View Festival, as well performing at Sunshine and Richmond Gateway Theatres and several times at the Edmonton Fringe Festival.

I have also been hosting and curating the storytelling series The Flame New West for the last three years and have enjoyed Storytelling at The Flame, Vancouver. You can link to my stories here. 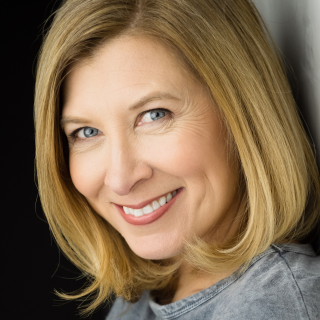